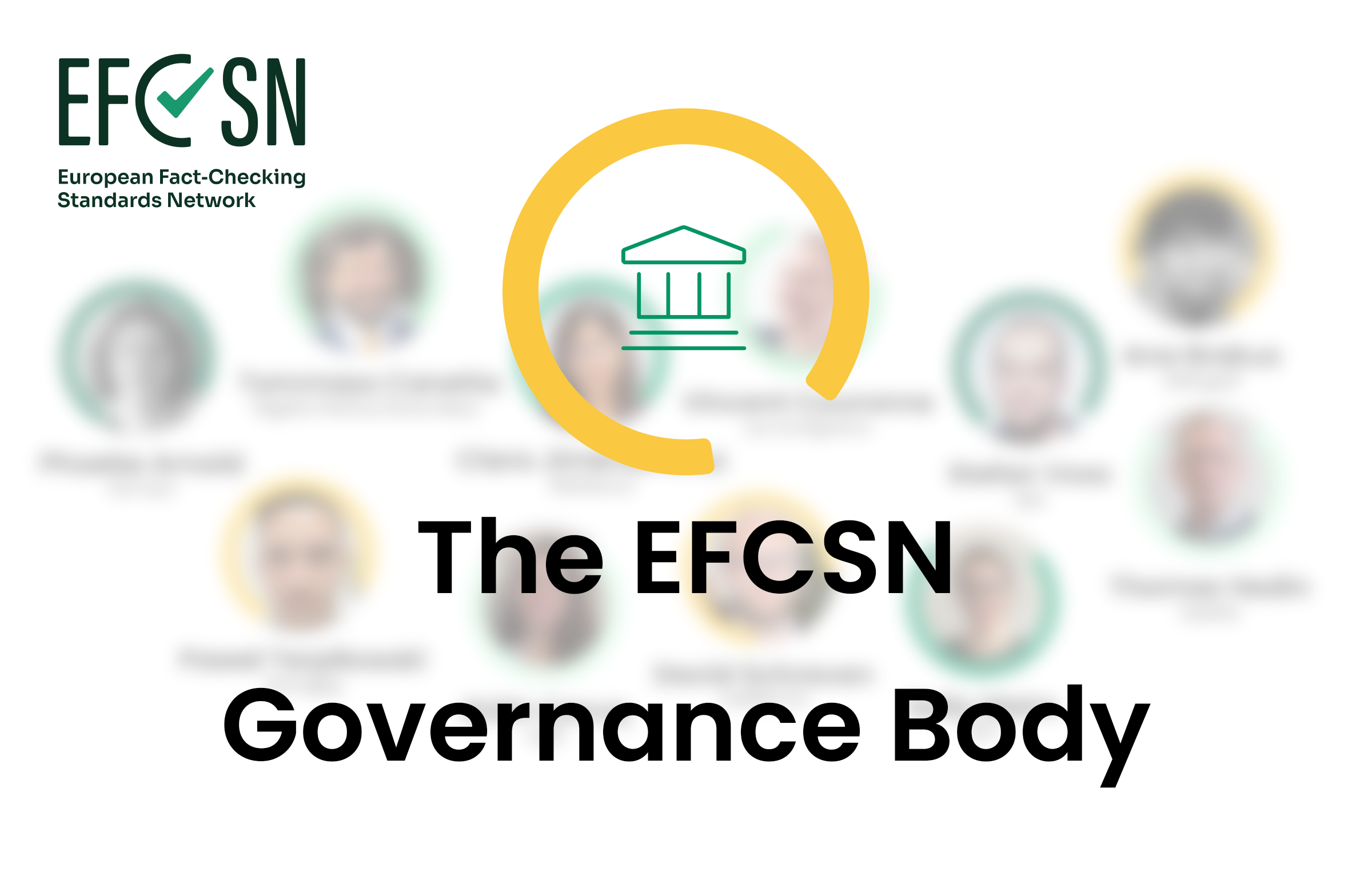 In the last few months, the European fact-checking community has been working to define the European Code of Standards for fact-checkers which was approved by 44 organisations this September.

After the creation of an umbrella organisation to oversee the network, the EFCSN has elected its first Governance Body to lead the association, evaluate compliance with the Code, help organisations reach the required standards, and represent fact-checkers from all over Europe in different conversations across the region.

The Governance Body is composed of 11 members – 5 from the organisations that make up the EFCSN Consortium which lead the project and 6 that have been voted and elected by the European community of fact-checkers.

This newly elected Governance Body will be presented in Brussels, Belgium, at a public conference on November 16th which will gather the main European stakeholders in the field of misinformation from EU institutions, digital media platforms and civil society. To attend the conference, you can register on the EFCSN’s website: https://eufactcheckingproject.com/get-involved-event/

European fact-checking organisations wishing to adhere to the Code of Standards and form part of the EFCSN can start applying to become a verified member from the beginning of next year.

This project is part of the Call of Integrity of Social Media by the European Commission and is led by six European organisations focused on fighting misinformation: Fundación Maldita.es (Spain), AFP (France), CORRECTIV (Germany), DEMAGOG (Poland), Pagella Politica/ Facta (Italy) and EU DisinfoLab (Belgium).
Follow the EFCSN’s Twitter and LinkedIn for regular updates on this project.