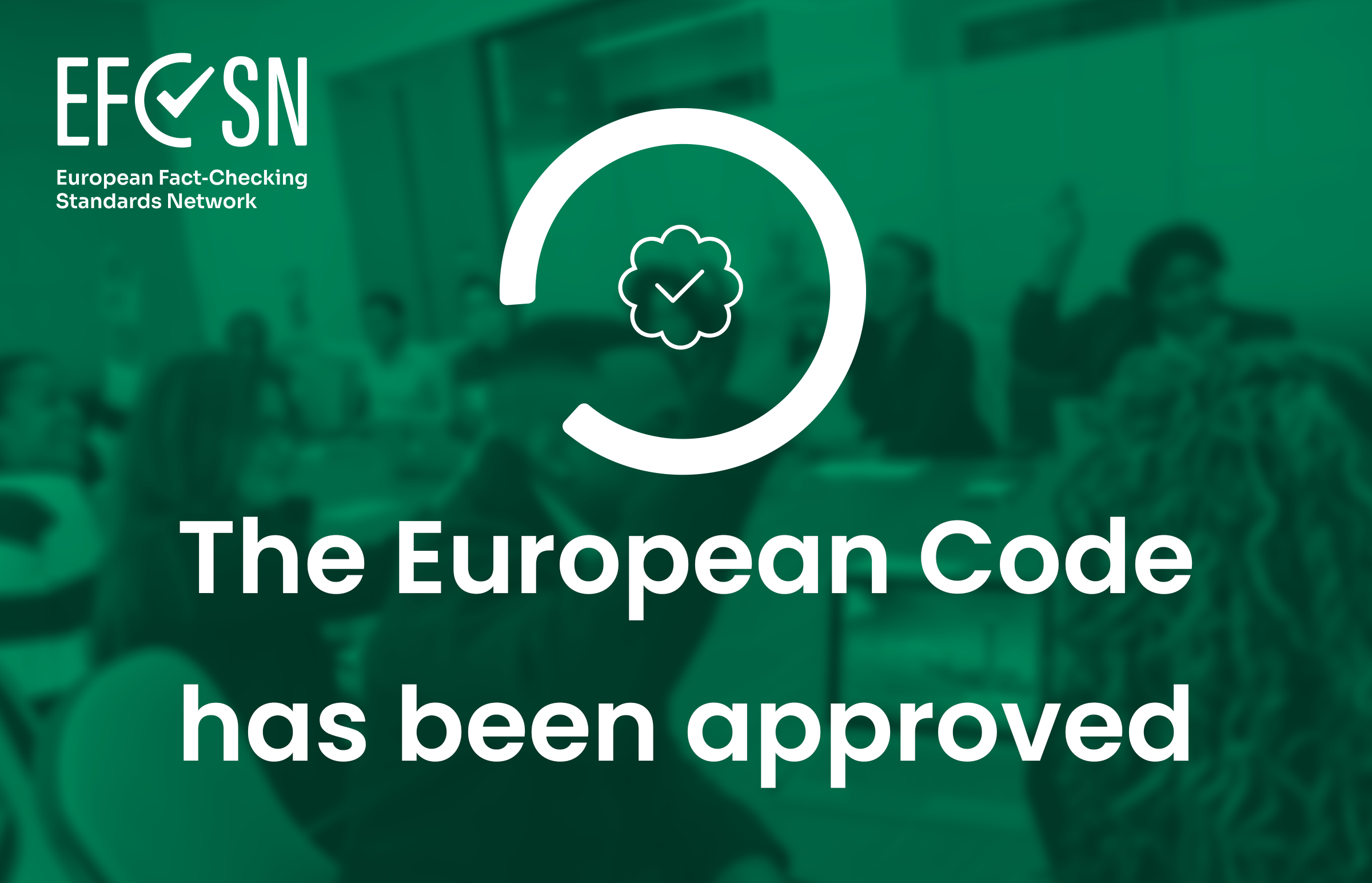 More than 40 fact-checking organisations across Europe have agreed upon a professional Code that defines the standards of methodology, ethics and transparency required to combat misinformation effectively and with integrity.

The “European Code of Standards for Independent Fact-Checking Organisations”, which was published today, has been developed through a project involving fact-checking organisations from more than 30 countries across Europe. It is the result of months of research, surveys, debates and discussions among European fact-checkers, as well as academics and other experts in the field. The final version of the Code was approved by 44 out of the 45 organisations that voted.

The Code’s standards, which cover matters ranging from quality sourcing to non-partisanship and financial transparency, must be adhered to for fact-checking organisations to become verified members of the European Fact-Checking Standards Network (EFCSN), which will organise, support and represent this community. Membership in the network will signify to the public which European fact-checking organisations are operating independently, ethically and with a commitment to serving the public interest.

With the text of the Code now approved, the European fact-checking community will next meet in Madrid at the end of September to discuss and define the mission and structure of the network and the governance body that will oversee the enforcement of the Code.

In addition, in the coming months, the EFCSN will support Europe’s open source investigation community in developing a separate set of guidelines tailored to their work and mission.