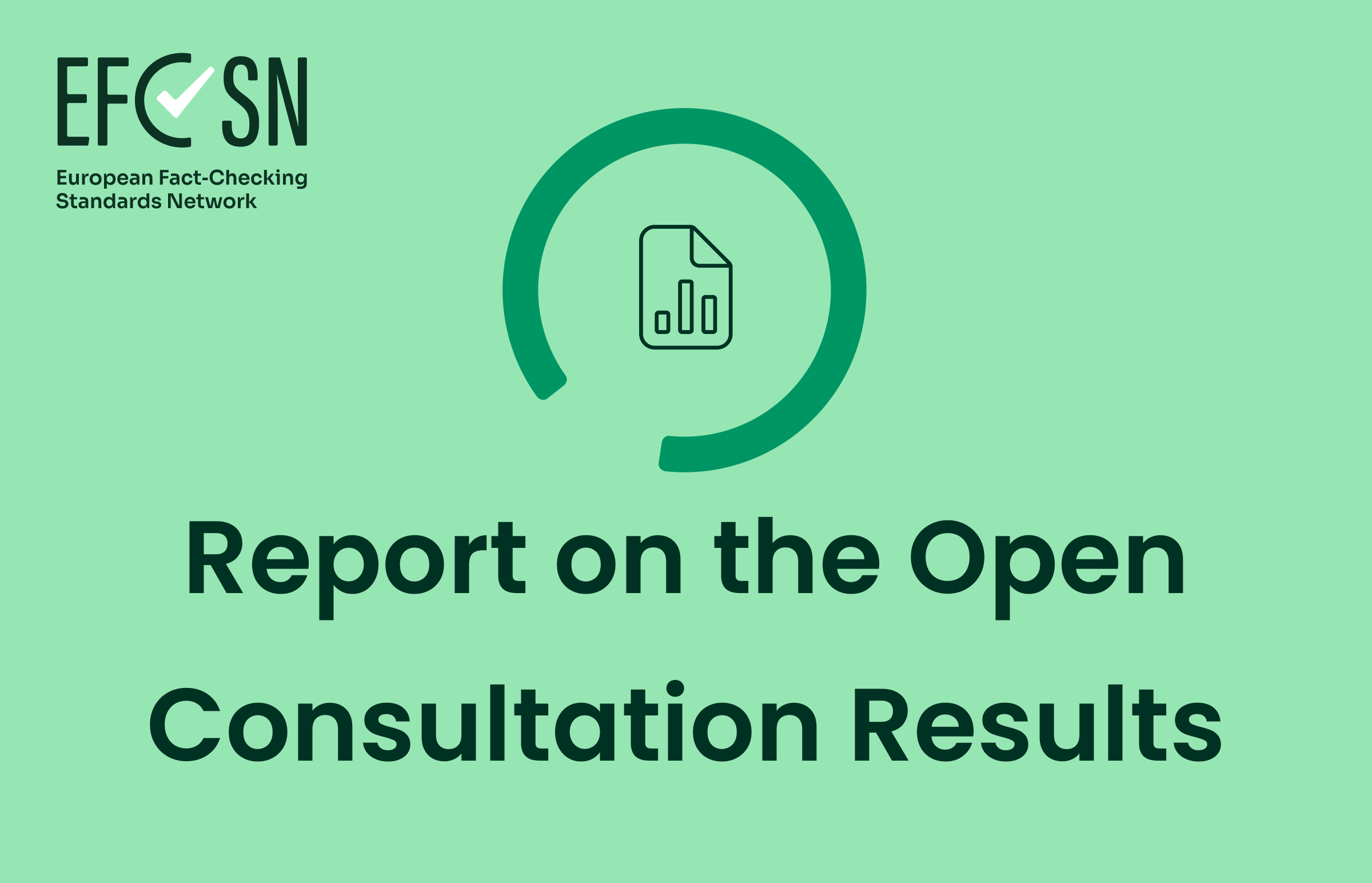 The European Fact-Checking Standards Network (EFCSN) is publishing a report summarising the results of surveys and interviews carried out in recent months about the future European Code of Standards for Fact-Checking and Open Source Investigation Operations. This Code will lay out the commitments needed to be recognised as an independent, credible and ethical fact-checker or open source investigator in Europe.

This report covers the opinions and insights of nearly 50 fact-checking and open source investigation operations from 26 different European countries, as well as dozens of academics and other stakeholders such as social media platforms, media associations and civil society groups. It also incorporates comments from 17 experts interviewed about this project. The report summarises views on the best standards in matters of transparency, ethics, non-partisanship, methodology and other guiding principles for fact-checkers and open source investigators tackling misinformation.

The results of the Open Consultation will serve as the foundation for the drafting of the future European Code of Standards for Fact-Checking and Open Source Investigation Operations. A first draft of this Code will be presented in June prior to the Global Fact 9 conference in Oslo. It will then be discussed, amended and eventually voted on by Europe’s fact-checking and open source investigation community before its final publication in September 2022.

You can download the report on the results of the Open Consultation by clicking on this link. Follow the EFCSN’s Twitter and LinkedIn for regular updates on this project.