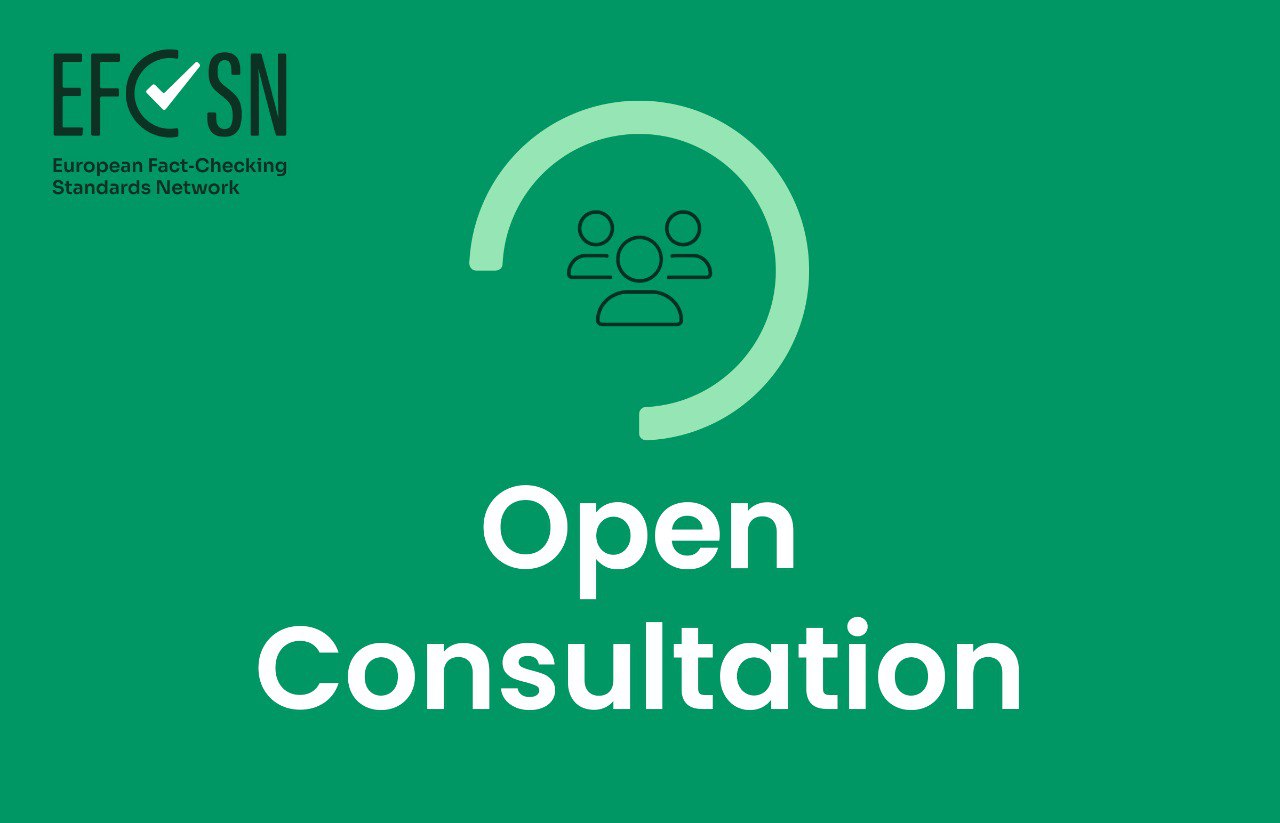 The Code, which is scheduled to be published in August this year, will define the standards of independence, transparency, and methodological and journalistic quality needed to be recognised as an independent fact-checking or OSINT operation in Europe.

Launched on April 4, the Open Consultation involves surveys and discussions with around 50 fact-checking and OSINT organisations across the continent about what the Code should consist of and how it should be governed. Insights are also being gathered from academics and researchers working in the field of disinformation, as well as other stakeholders such as social media platforms and civil society groups.

The results of the Open Consultation will be summarised in a report that will be published in May, together with the EFCSN’s research on previous efforts to create journalistic and ethical codes. This report will inform the first draft of the Code, which will eventually be voted on and amended by Europe’s fact-checking and OSINT community.

This project is part of the Call of Integrity of Social Media by the European Commission and is led by six European fact-checkers:  Fundación Maldita.es (Spain), AFP (France), CORRECTIV (Germany), DEMAGOG (Poland), Pagella Politica/ Facta (Italy) and EU DisinfoLab (Belgium).