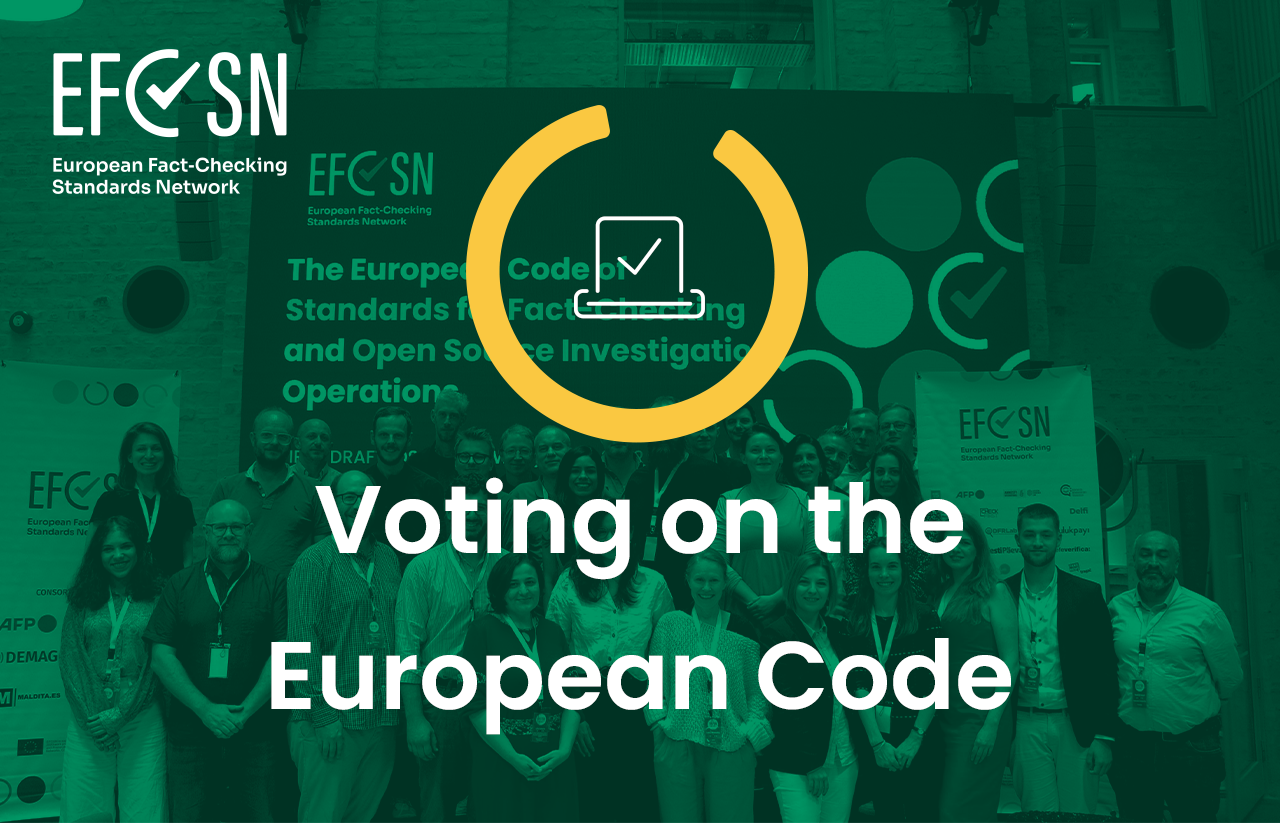 From the 1st of August until the 8th of September Europe’s fact-checkers will be voting on the final version of the “European Code of Standards for Independent Fact-Checking Organisations”.

The European Code was drafted through the European Fact-Checking Standards Network (EFCSN) project, which has brought together over 50 fact-checking operations from 32 countries across Europe.

The EFCSN team met in June prior to the Global Fact 9 conference in Oslo (Norway) to finish the first draft of the European Code, which lays out the highest standards of methodology, ethics and transparency needed to serve the public interest and to be recognised as an independent fact-checker in Europe.

Since then, the EFCSN has been working on improving the European Code by collecting amendments, comments and recommendations through discussions with the dozens of fact-checking operations involved.

In September, after the European Code has been voted on and published, European fact-checking organisations involved in the project will meet in Madrid to discuss and define the mission and governance structures that will facilitate the implementation of the European Code.